You know that scene at the end of The Polar Express where the main character rings the bell, and he can finally hear it? Or that scene in The Santa Clause where Tim Allen finally sees the reindeer fly in the snow globe? The purpose of these scenes are to show the magic of Christmas and that seeing isn’t believing but believing is seeing. I was reminded of these moments when I picked my son, Oliver, up from daycare the other day. He was only a few weeks into a new home daycare. We previously had him in a Montessori daycare but with the school being closed for the summer Oliver was placed with his sister in a home daycare for the summer months until he starts Junior Kindergarten in September.

The first few weeks were okay. The daycare provider is a lovely, caring, woman who gave reports daily on how they had good days, but yes Oliver tried to run away today while they were at the park, or he was taking toys away from his sister, maybe he is bullying her a bit. But on this particular day, when I went to pick the kids up, she greeted me at the door with a big smile about what a wonderful day they had. As we were leaving, she bent down to Oliver’s level and gave him a big hug. Her whole demeanor had changed. She could finally see Oliver.

Oliver was diagnosed with Trisomy 21 three days post-natal. We had done all the prenatal testing during my pregnancy and received the results 1 in 547 chance of Down syndrome. Not that it mattered, Jeff and I had the conversation about the possibilities before the prenatal test as my sister had had a false positive result with her son and went on to have an amniocentesis which then showed a typical fetus. We only went ahead with the testing as I wanted the extra ultrasound.  I wanted to peek at the boy, as my mom would say. I remember the doctor commenting that my results were a lower chance of chromosomal abnormalities than the standard for my age. Needless to say, a Down syndrome diagnosis was completely off our radar.

I went into labour, five weeks pre-mature, the day we moved into a new house. I had to be transferred from Milton to Oakville Hospital by ambulance, as Milton Hospital was not yet equipped with a Neonatal Intensive Care Unit (NICU). When Oliver was born he was the most beautiful thing I had ever laid eyes on. So tiny at 5 lbs and so blonde!!! I was in love. It wasn’t until the next day the doctor advised us he wanted to do further testing as he thought “his eyes are a bit far apart….or he could just look like Mommy,” which Jeff and I still joke about…Did he just tell me my eyes are far apart? We didn’t think anything of it. He was so perfect to us!

When we finally got the diagnosis, it didn’t really mean anything. We could already see Oliver…he was Oliver. He was this little boy who somehow brought calm to a room. Having him close put me in a state of calm reserve. Looking back, the diagnosis actually may have saved Oliver’s life as they began checking his heart function at that point and found the atrioventricular septal defect (AVSD) that required surgery five and a half months later. We spent almost eight weeks in the NICU at Oakville Hospital after his birth, and when we were leaving, one of the nurses asked us if she could stop by and visit him sometimes as she lived in the same town. Some may find this inappropriate, but it kind of just rolled off of us….she could see Oliver and the magic within.

When Oliver changed classes at the Montessori school, from the Toddler to Casa room, we had planning meetings with our resource consultant and the Montessori directress who asked a lot of questions. As we left the meeting, I remember mentioning to my husband how nervous the directress seemed to be. She was scared to teach Oliver.
Not long after Oliver moved to the Casa class, I dropped him off one morning and the directress gave him a high five on his way in and then she bent down and he hugged her. There it was again…the sudden shift. She could see him. My sister mentioned it to me the other day as well. She had been kind enough to take our two children so my husband, Jeff, and I could have an evening out for dinner. My sister fed our kids dinner and took them to the park with their cousin. She mentioned to me after, that although Oliver is not yet verbal, she could pick up on his cues and really understood what he wanted….of course she could. She can see him.

I often wonder if there is a way to make it mandatory for doctors who are delivering the prenatal diagnosis to have to spend a certain amount of time with our children. That they have to really be able to see these children before making any recommendations about them. As we make this transition to Kindergarten and the school system, I know it will take some time for Oliver to get into the new routine, and it will take some time for his new supports to get to know Oliver. But I also know it will be ok….once they see him. Because if my Christmas movies are right about anything, it’s that once believing is seeing that’s when the real magic happens!

Maggie Edwards is a Mom to two children, Oliver and Atlee, and a proud member of the Halton Down Syndrome Association. She splits her time between her work in Risk Management and at home with her husband Jeff and the kids. 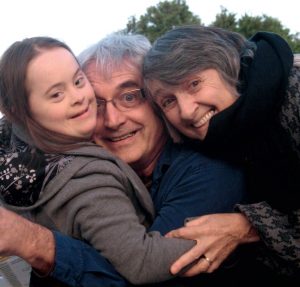 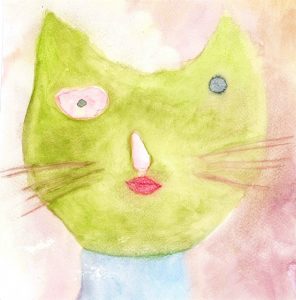